Sync with MeV/SRM integration makes bowling proprietor’s lives easier by allowing them to run their entire centre on one platform. Sync now eliminates the need to spend thousands of dollars per year on a third-party POS while ensuring all mandatory transactions are properly reported to Revenue Québec.

The new Sync with MeV/SRM integration has begun a beta test at one Québec centre and is expected to be officially released over the next month.

“Québec is an important market for Brunswick and Striker and we’ve invested the time and resources to ensure Sync works with MeV to make life easier and lower risk for proprietors,” said Pat Haggerty, President, Striker Bowling. “Delivering concise, accurate, and on-time reporting is crucial so proprietors can concentrate on more important aspects of their business, including the guest experience.”

Taking Touchless to the Next Level – NEW

Brunswick is once again ahead of the competition in offering yet another solution for today’s consumer. The Sync Service Kiosk empowers guests to purchase bowling, food and beverage, game cards, and other attractions without the need to interact with an employee. Service Kiosk provides a consistent, safe, touchless experience every visit.

Lowering costs while improving profitability and wait times is what every proprietor needs, and this new technology delivers.

If you would like a demo of Sync or more information about MeV integration or Service Kiosk, please contact Striker Bowling at robert.martin@strikerbowling.com or 514.797.1759. 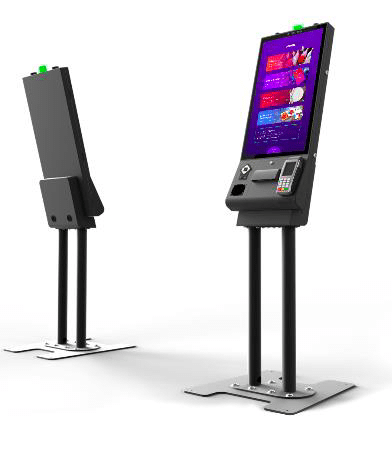